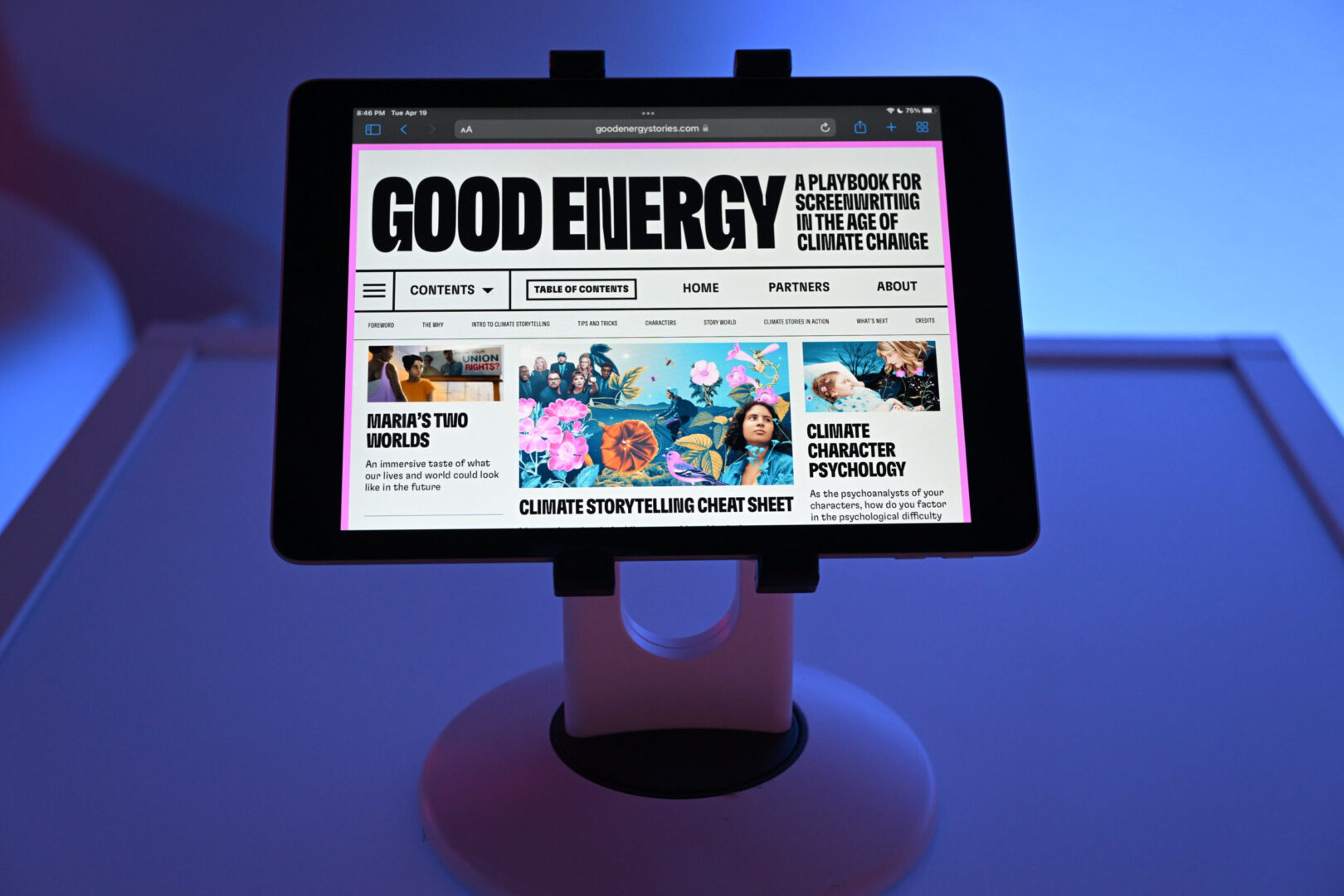 A Playbook for Screenwriting in the Age of Climate Change

Created by writers, for writers, this interactive resource is here to help creators explore the endless ways the climate emergency complicates characters and colors story worlds. I served as a co-lead on the project and a senior advisor for the organization, and I also was a writer on the resource itself.

The Playbook engaged thousands of TV and film screenwriters across Hollywood as well as many major studios. Alongside its own original research, Good Energy also commissioned research with the University of Southern California, which found that just 2.8 percent of 37,000+ analyzed scripted shows and films from 2016 – 2020 even mention climate change.

You can view the Playbook for free online at this link. This was a massive, collective undertaking in partnership with a coalition of Hollywood and climate leaders and organizations. Press was covered by multiple outlets including Variety, Hollywood Reporter, Deadline, CNN and many others.